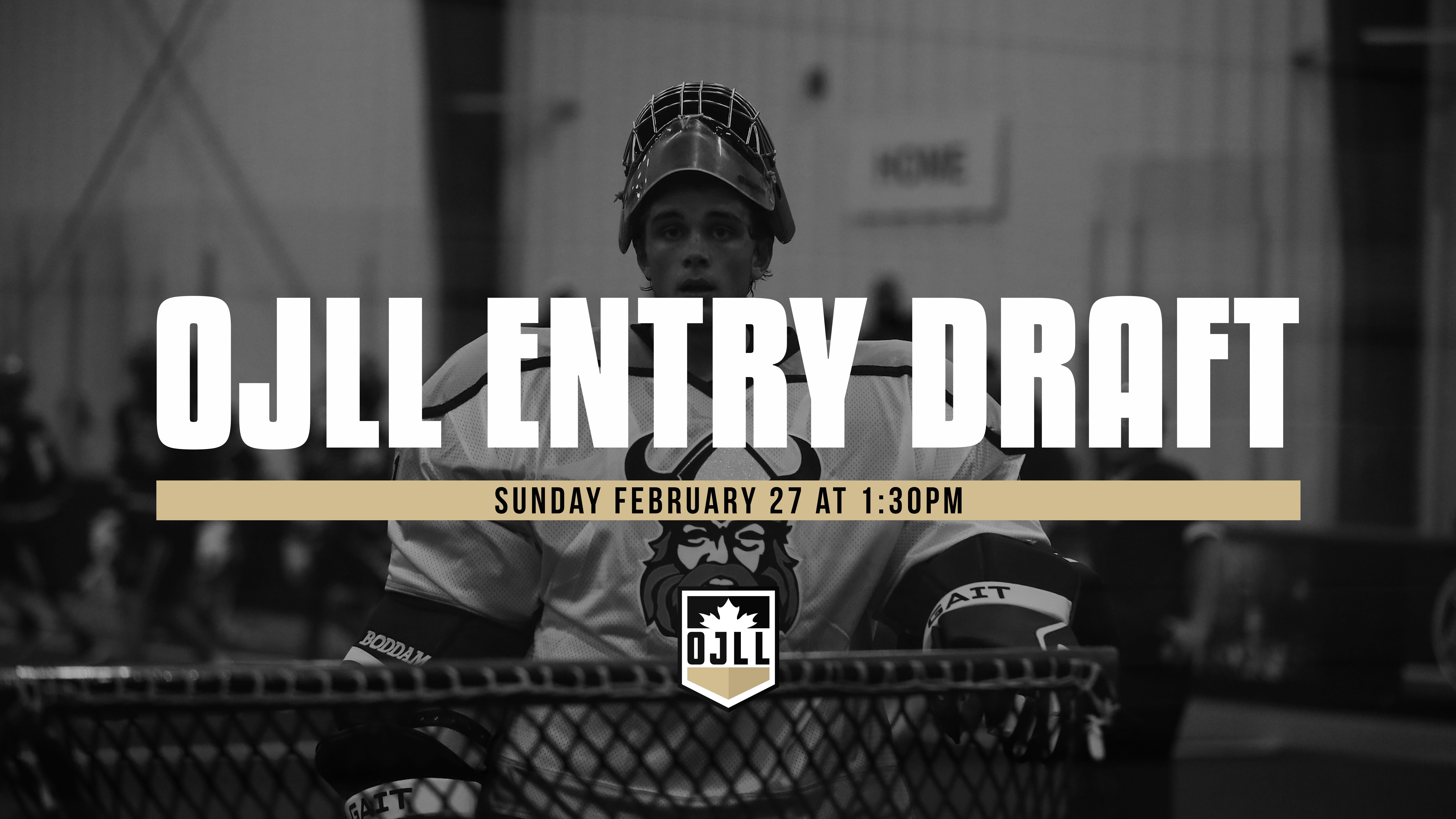 ONTARIO, February 18, 2022 – The Ontario Junior Lacrosse League (@TheOJLL), the most competitive amateur box lacrosse league in the world, today announced that the 2022 OJLL Entry Draft will be held on Sunday, February 27 at Canada’s premier lacrosse-first facility, the Toronto Rock Athletic Centre in Oakville, ON.

"We are looking forward to welcoming the next generation of talent into our league,” said OJLL Commissioner Mark Grimes. “We want to thank everyone that has helped us prepare for the draft, especially the board of directors and staff at the Ontario Lacrosse Association who have worked closely with our committee on player eligibility. I also want to thank Jamie Dawick for hosting another premier event for our league at the world-class Toronto Rock Athletic Centre."

While not every team currently holds a pick, all 11 teams will participate in the draft, with the Orangeville Northmen making the first overall selection. The Mimico Mountaineers and Kitchener-Waterloo Lacrosse Club are currently scheduled to make the next two selections.

With current capacity limits, the event will be closed to the public. Draft selections and trades will be updated in real time on the OJLL social media accounts beginning at 1:30pm ET. The OJLL Entry Draft order, as of February 18, pending pre-Draft transactions, is as follows:

The Ontario Junior Lacrosse League (OJLL), founded in 1933, is a Canadian junior men’s box lacrosse league based in Ontario, Canada. The OJLL currently consists of eleven (11) teams located in southern Ontario and is widely considered the most competitive amateur box lacrosse league in the world.