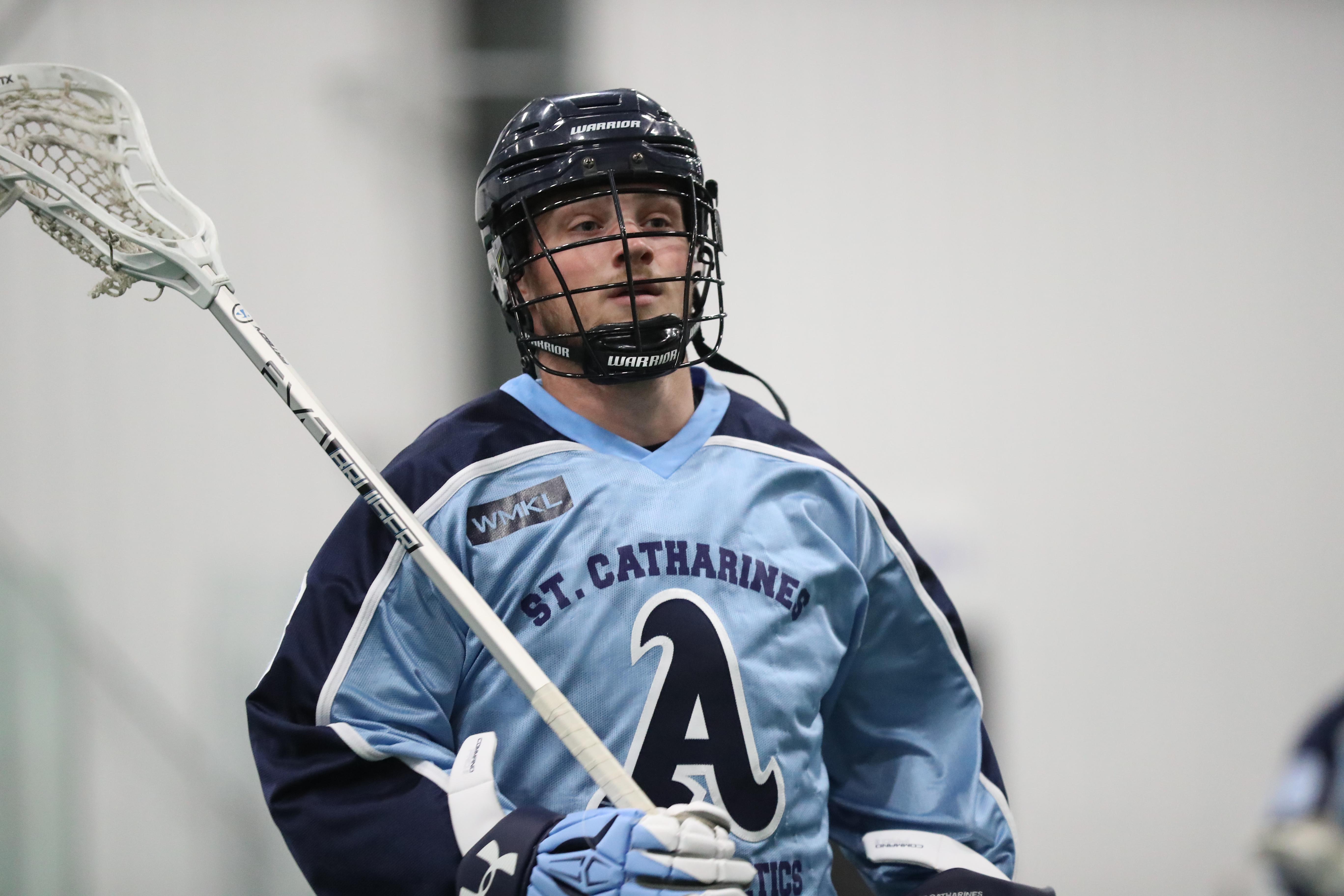 The Spartans lacrosse name, and trademark red and white barber pole jerseys, have been synonymous  with commitment and dedication in the lacrosse community for decades, and have stood as a testament  to the work and efforts of the Engemann family in growing the game locally.

“Our family has been dedicated to the players and families who have worn Spartans colours for  decades,” said Joe ‘Jojie’ Engemann, on behalf of the Spartans club. “We view this step as a  transformational change in aligning the Junior franchises in the City of St. Catharines.”

This alignment, which would see two Junior franchises operated by the same organization, is a  significant step forward in ensuring that lacrosse players in St. Catharines represent the double blue of  the Athletics starting from their first days in minor lacrosse, right through to their final days of Junior.

“We’re humbled by the opportunity to pull together both clubs under the Athletics banner,” said Paul  Coates, President of the St. Catharines Athletics Lacrosse Club. “We believe it’s foundational to the  continued success and growth of lacrosse in our community. Honouring the history of both of these  organizations going forward is a challenge that we look forward to.”

With the growth of lacrosse across Ontario, and given the prominent role that St. Catharines athletes  have played in lacrosse at a national, international and collegiate level, the continued evolution of the  local lacrosse landscape is a beneficial step forward.

“It’s important that the local lacrosse community focuses on ways in which we can improve the  development models that we have in place,” added Sallah Hamdani, President of the St. Catharines  Minor Lacrosse Association. “Lots of work remains to be done, but we’re proud to work with our Junior  lacrosse partners in doing so.”

Thanks are due to Chris Spiers and his family for the operations of the St. Catharines Spartans for over  two decades, allowing hundreds of local players and families to further their lacrosse goals and dreams  at the Junior level, and often beyond.

The St. Catharines Athletics Lacrosse Club, which operated the Junior ‘A’ Athletics, was founded in 1877, and has won six Minto Cups in its existence. The St. Catharines Spartans Junior ‘B’ team, originally  founded as the Niagara-on-the-Lake Warriors in 1979, has brought home two national championships  (the ‘Founders Cup’), in 1981 and 1996.

Information will be brought forward in the weeks to come with respect to further alignment, synergies,  positions and relationship partners. Parties interested in any aspect or position with the St. Catharines Athletics Junior ‘B” Club should make it known by sending your resume to pcoates@cogeco.ca during  this exciting time for lacrosse in the community.