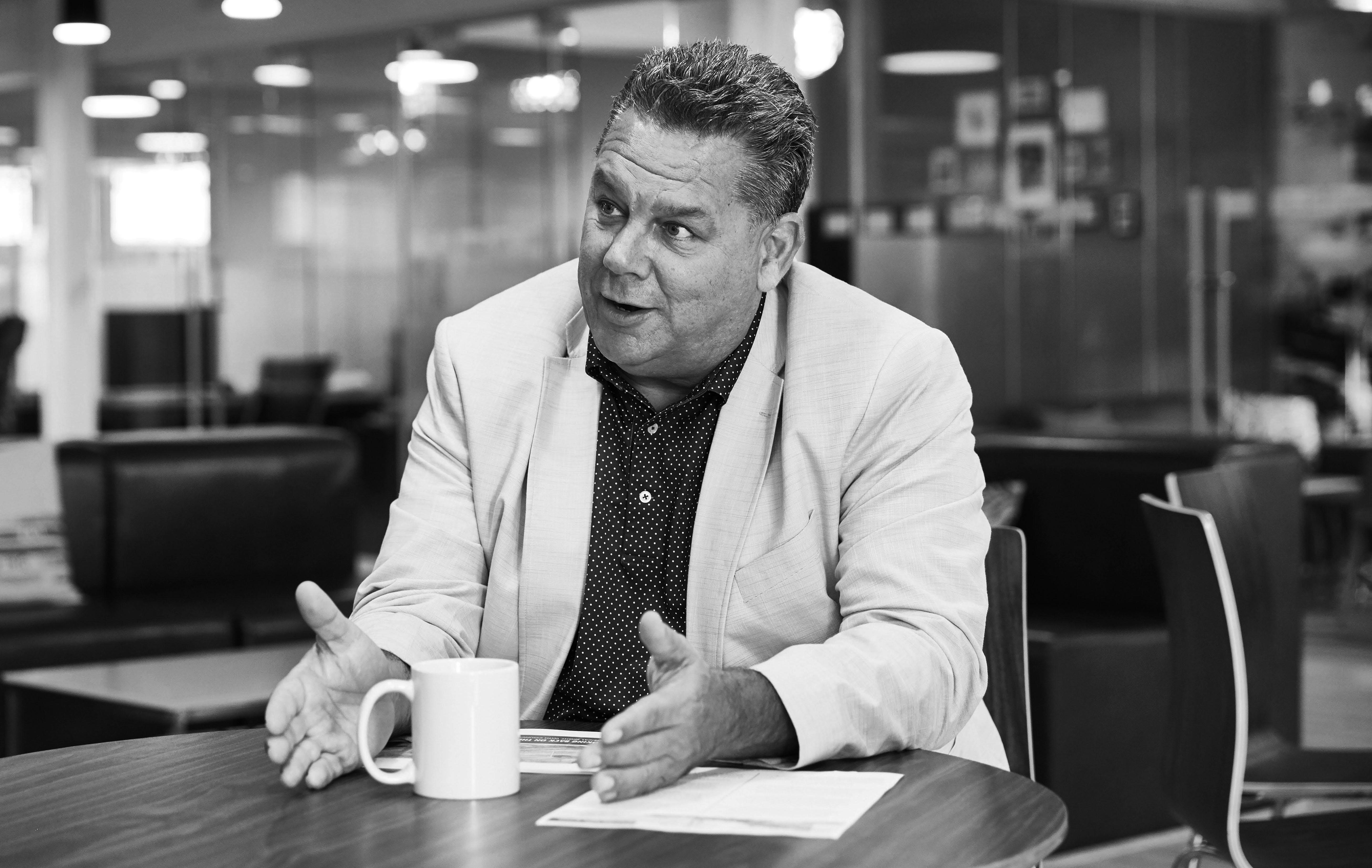 ONTARIO — Jeff Williamson, Chairman of the Ontario Junior A Lacrosse League (OJALL) Board of Governors, today announced that Mark Grimes has been named Commissioner of the OJALL.

Mark Grimes is a leader who understands what it takes to bring our league to the next level,” said Williamson. “He is well respected for his ability to bring people together to get things done. With his experience and success at the highest levels of sport, Mark is the right Commissioner at the right time to lead the transformation of the OJALL.

Elected in 2003, Grimes is an 18-year veteran on Toronto City Council. He has championed several projects aimed at boosting the profile of sports in the city, and serves on many sports related boards—including the Hockey Hall of Fame Board of Directors and the FIFA World Cup United Bid Task Force—Grimes is considered Toronto's sports Councillor.

I am honoured and excited to be chosen to lead the best junior lacrosse league in the world—and the National Lacrosse League’s number one source for talent,” said Grimes. “I have had great discussions with all of our league governors. They are ready to raise the profile of junior lacrosse and I am committed to delivering for them in my new role as Commissioner.

On the top of the to-do list for Grimes is a strong relationship with the National Lacrosse League which is already underway.

Prior to politics, Grimes was a trader on the floor of the Toronto Stock Exchange for a major financial firm, later becoming President & CEO of a leading transportation logistics company he owns with his brothers. Combining his business and political experience has been an asset in major projects including his work to bring several Grey Cup games, the FIFA Under 20 World Cup, inaugural NCAA International Bowl, and the NBA All-Star game to the City of Toronto.

Grimes has an outstanding track record and a passion for ensuring Toronto is a destination for the international sports community. He brought the concept of BMO Field to Exhibition Place and led the charge to have it built on budget and on time for the FIFA Under 20 World Cup in 2007. As Chair of the Exhibition Place Board of Governors, Grimes worked closely with Maple Leaf Sports and Entertainment (MLSE) to open the Toronto Raptors new practice facility, OVO Athletic Centre in 2016. He was appointed chair of Toronto's 2015 Pan and Parapan American Games Secretariat, the largest multi-sport event ever held in Canada. In 2014, he moved the motion that kick-started the process to bring the FIFA World Cup to North America—and recently worked with international partners in the United States and Mexico, the Canadian Soccer Association, and Toronto FC to put together the United 2026 winning bid. The PGA of America honoured Grimes in 2013 for his efforts towards making the PGA Championship at Oak Hill a huge success.

I had the great fortune of working with Mark during my time in Toronto,” said Tim Leiweke, former President & CEO of Maple Leaf Sports and Entertainment. “I found him to be quite a unique leader. He knows how to get things done. Without his leadership and ability to implement a vision that he helped create—BMO Field and the Raptors training facility at Exhibition Place—simply wouldn’t have happened. After that, we went on to win MLS and NBA Championships. Mark gets vision, leadership, implementation and culture. He’s a rare breed of a leader, a businessman and a really good guy.

Highly regarded for his commitment to community sports and a range of charitable causes, Grimes has coached lacrosse, hockey, and baseball, and served on many community boards. He served on the Mimico Jr. B Mountaineers executive as the Director of Marketing in the mid 90s and was an integral part of the 1997 Founders Cup Host Committee, planning the celebrity dinner, and eventually the 1998 OLA Celebrity Game—an event Grimes intends to bring back for Ontario Lacrosse.

Mark’s commitment to ensuring that opportunities are created for youth in our community is underlined by many endeavours, among them, his family’s contributions to the sport of lacrosse,” said Brendan Shanahan, President of the Toronto Maple Leafs. “His recent induction to the Etobicoke Sports Hall of Fame is recognition of decades of service and always finding a way to get the job done for the people he represents.

Lacrosse is a family affair for Grimes and his children who credit their own involvement and contributions to the game to their dad’s early involvement with the Mountaineers and dedication to sports in their community.

Grimes and his wife Anne raised their five children in Mimico. They spent over 28 summers like most lacrosse families, traveling across Ontario to watch their children play lacrosse, and look forward to doing it again with their grandchildren, JD and Brodie.

The new commissioner can now be reached by email at commish@ontariojuniorlacrosse.com